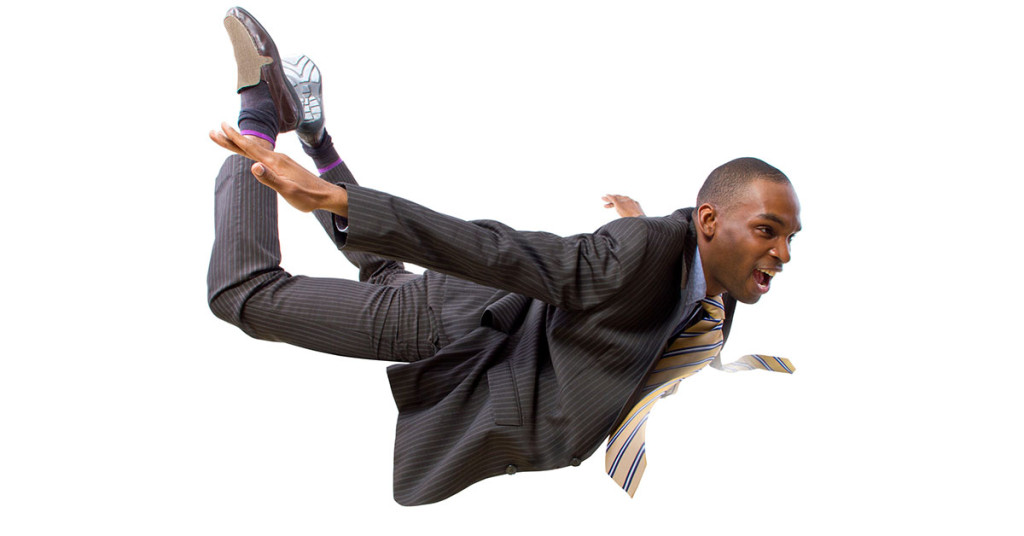 “I really wanted to write about Agile in a way that business people would understand because I wanted them to have this powerful tool set!” says New York-based design consultant Bob Gower. In his book Agile Business: A Leader’s Guide to Harnessing Complexity he merges his business experience with a passion for Agile, and takes the mindset beyond the software and IT departments.

Bob Gower can still remember his reaction when he first encountered Agile thinking:
“I fell instantly in love because it followed certain theoretical principles I’d been reading about for years in complexity science and systems theory literature,” he says. “And yet it also solved some very real-world problems I’d been having in a very practical way; I began to feel like a skilled manager and leader for the first time in my career thanks to Agile.”

As a young man, Bob Gower tried his luck in many professions, including teacher, stone mason, carpenter, and taxi driver. Finally, he decided to build a real career in design. Among other things, he was a design director at the newspaper SF Examiner for several years. Like so many others, he eventually transitioned into the digital space. Here he worked on early web presences for companies such as Elance, HBO, Newsweek, and MSNBC.

“I liked design but kept finding myself in management roles,” Bob Gower recalls. “I kept getting promoted out of what I did well, into positions that required skills I didn’t have.”

As a result, he went back to school. Here he earned an MBA that emphasized green and sustainable business. It was here that he discovered systems theory.

“I began to learn about the various ways organizations could be structured,” Bob Gower says. “I also developed a keen sense that most organizations were fundamentally flawed and that this leads to bad outcomes for people and planet.”

After graduating, the opportunity arose to manage a product for a startup that a friend was starting. It was here that he began experimenting with Agile – something he’d only read about before. The attraction was immediate as the mindset felt very close to his own and it seemed to offer solutions to various problems he had been struggling with. After working at a couple of startups as a product manager, he finally decided to take the plunge and become an Agile consultant.

“The result of this was that I came to Agile from a business and organizational design background, whereas most of the people I worked with in the Agile consulting world were technologists,” he says. “You could say I came at the material from a different angle. ”

Building a bridge between professions

During this early work, he kept noting one crucial fact: that Agile is more about mindset than any specific practice set like Scrum, XP, or Kanban. In addition, it made him incredibly frustrated to see the cultural rift in his clients’ organisations – the business people apparently had a hard time understanding what the technology people were trying to do. The idea of a book was born as Bob Gower realized that his experience had given him a unique position to see things from different angles.

“I decided to write this book to help translate the technology world to business people,” he says. “I see Lean & Agile as incredibly powerful business paradigms that are almost essential to doing business in the current world. I really wanted to write about Agile in a way that business people would understand because I wanted them to have this powerful tool set.”

One of the biggest organizational dysfunctions Bob Gower observed was the wall between IT and the business.

“In pure software plays this has diminished because engineers have learned business language and tools,” he says. “But I felt the information could flow the other way too, and business leaders could learn technology tools. It’s a long road and we’ve barely gotten started!”

Although Bob Gower’s personal business experience was mostly with smaller organisations, he today also works with large companies such as GE. His book seems to focus mainly on startup companies, but this is more of a way for him to reach through with some important messages to organisations of all sizes.

“Actually, I was speaking to product leaders on the business side inside of large enterprise level orgs [when I wrote the book],” he explains. “I want to teach them the language and tools of startups and help them collaborate with the technology people. Large organizations need this more than almost anyone else. They are so vulnerable to startups and rapid technological shifts. Look what happened to RIM, Garmin, and so many others!”

“Activity shouldn’t be confused with change”

”They want to get moving really fast before they really understand the opportunity of change or truly share a vision. For this reason we work with all of our customers to create a Change Coalition made up of a cross section of leaders and doers inside the organization. We map the current org and develop a shared vision and working rhythm together.

We want leaders to model a new way of working themselves before asking their teams to change. This creates empathy in the leader and signals to everyone else that they are serious about this.

But building a coalition and developing a deep understanding of an organization’s current state takes time and focus. If you just start changing things you’ll step on landmine after landmine like alienating key people or getting rid of a process that has real but hidden value.

You need to go slow, learn, and then start experimenting with pilot projects to see what works and what doesn’t and to really enroll the org. Building momentum slowly is the key or as the Navy SEALs say ‘slow is smooth and smooth is fast’.”

Benefiting from the mindset

Bob Gower thinks that companies can benefit from Agile methodology and principles in many areas outside the IT and software departments.

“In my current work you’re as likely to find me with marketing, legal, and HR as you will with technology; I even worked with a group of locomotive engineers recently,” he says. “The Agile principles may have been first developed in software because it was the fastest moving part of the business world. But today we are all moving fast! In every discipline and in every sector small teams collaborating to deliver work in small increments will improve speed and quality while limiting risk. You don’t need to always use a full suite of Agile practices. But most organisations would benefit from adopting some of the mindset and a few core practices.”

Looking forward, Bob Gower believes that the Agile way-of-working is becoming the norm.

”Most businesses are already adopting some agile tools and some, like GE, are investing deeply in them. For many millennials it’s just the way business should be done. I think you’ll see this style of working more and more whether it’s called agile, responsive, or emergent, or one of the popular brand names out there like Scrum or Holacracy. Agile is a trend that hasn’t yet hit full maturity but I think you’ll see it increasing in reach quite rapidly in the coming years.”

Bob Gower on facing the challenges of Agile transformation

“Agile requires a shift in mindset and behavior.

Both are challenging. We humans are creatures of habit and our organizations have codified bad habits into culture and policy. So when you want to change your organisation, you’re fighting a great deal of inertia.

Sometimes this inertia is a leader who is unwilling to be kind and real with their people and actually trust them to do the right thing, so they grip onto their authority.

Sometimes this inertia is a policy or a process that is “the way we do things around here” that no one is willing to change. Or sometimes it’s individuals who are unwilling to take initiative.

Our biggest problem sometimes is determining the root cause of, and possible solutions for, individual issues like these. It’s one of the reasons we developed the OS Canvas because it can give us a much more holistic view of both problem and solutions. ”

Read the article in Lean Magazine on issuu.com