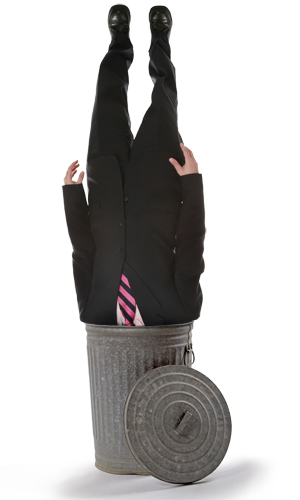 Management resources are often a scarce resource in a company. Nevertheless, many enterprises have a huge waste in this area. The Malmö-based company Telelogic has focused on this problem, and recently made progress in improving the automatic build and test process. Ola Eklundh, an experienced CM at the company, shares some of his experience with Lean Magazine readers.

Lean Magazine (LM): Last time we met, you had ideas about improving the visibility of the build process. What are the results so far?
Eklundh: Previously the build process was automatic, but we did not know much about the conten in each build. We have now introduced CM Synergy and CM Change fully in the development and build process.
When a requirement is accepted by the development project, it is added to CM Change as a Change Request (CR) and then assigned to one or more developers, when appropriate, as a set of tasks.
After a task is completed by a developer, it is automatically included in an automatic build. The management can then compare the content of the latest build, as shown in the build log, to the project plan.
Typically a SCRUM burn-downchart can be automatically updated after each build.

How is this detail, i.e. the automatic follow-up, accepted by the developers?
Initially there was some scepticism, but now the developers appreciate the fact that they can work undisturbed as long as everything proceeds according to the project plan. They can also count on immediate help from the management if necessary. The developers see this as a safety net since they know that if something is not going according to plan, the management will be able to take appropriate action at an early stage, for example to re-organize, add resources or change the requirements.
Furthermore the management can now focus on helping the developer in any problem areas. From a lean perspective this is really a removal of waste since the management will work with something that is important for the customer. They can spend less time on manually collecting the status and avoid disturbing developers that are on track.

What tools do you use?
Eklundh: We use Telelogic’s own tools CM Synergy and CM Change, which have been adapted to suit our specific needs for presenting results, etc.

How do you split the CRs into tasks?
We try to split the CRs into tasks that are individually testable from a user perspective. Then we can add test cases that verify the features added by the developers. Of course, at some level the tasks will be module requirement, which cannot be tested as user requirement. But when that kind of task is added to a build, it is important that we automatically detect any regression in the test suite – even if we are not able to verify the added code. From a project management perspective we focus on features that the customer can see.